Milestone Auckland has a proud history spanning over 30 years. It’s principal, Peter Coltman, has a career in financial services of a similar length and having succeeded his father you could say financial services is in the blood.

Financial advice can be complex and hard to understand.

We prefer a collaborative approach, letting clients set the pace. As financial priorities can move as quickly as financial markets, we look to provide an overview of your financial position then focus on the long-term goals and strategy to achieve this.

An intimate knowledge of your long-term goals often results in long term relationships. We have a number of clients spanning our 30-year history.

A recent industry benchmarking survey puts us in the top quartile across all nine categories tested. 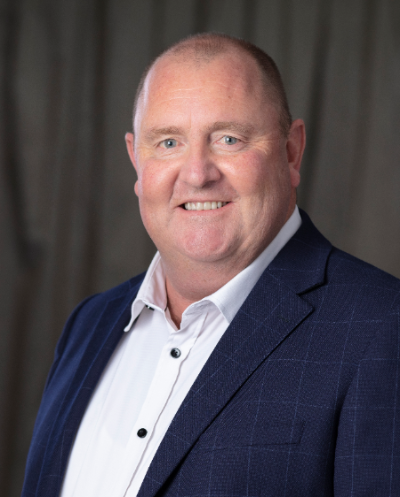 You could say that the financial industry is in Peter’s blood – his father, Ross, was a financial planner, and Peter joined the industry fresh out of university.

Rapidly rising through the ranks of State Insurance and AIG, Peter quickly became an expert in assessing and pricing risk. He held various roles at State, from the corporate branch to Head Office underwriter to running the Auckland Commercial Development Unit, before being headhunted by AIG and crossing the ditch to Australia for several years.

Sick of the corporate life and feeling the lure of home, Peter came back to NZ to join the family business, Coltmans, as a financial planner in 2001 – taking over on the retirement of his father and then joining the Milestone Group in 2010. After a lifelong career in financial services, Peter remains passionate about keeping up to speed with financial industry and market developments.

With his wife, Mary, and his two daughters, Bailey and Madison, Peter loves exploring NZ’s best kept secrets, playing golf, and sharing a meal with family and friends.

Milestone Financial, and anyone who gives financial advice on our behalf, have duties under the Financial Markets Conduct Act 2013 relating to the way that we give advice.

We are required to:

This is only a summary of the duties that we have. More information is available by contacting us, or by visiting financialadvicecode.govt.nz

Your initial consultation is always free of charge.

Once we have an understanding of your situation and agree on the nature and scope of the relationship, there may be a fee for advice, this is situational dependant and will be disclosed prior to work being carried out. This may be set at a pre agreed fixed price or charged at an hourly rate at the financial adviser’s discretion. In total this fee will be capped at $3,000 plus GST payable on receipt of invoice.

Depending on what you choose to implement there will be on going fees or costs.

To ensure that our financial advisers prioritise client’s interests above their own, we follow an advice process that ensures our recommendations are made based on client?s goals and circumstances. All our financial advisers undergo training around managing conflicts of interest. We undertake a compliance audit, and a review of our compliance programme biennially by a reputable compliance consultant.

If you are not satisfied with our financial advice service, you can make a complaint by emailing admin.auckland@milestone.co.nz calling 09 5240996 or you can write to us at PO Box 128155, Remuera, Auckland 1541.

When we receive a complaint, we will follow our internal complaints process:

If your adviser cannot resolve the complaint, we have an internal complaints team. You can contact them by post to Milestone Complaints Committee PO Box 21-323 Christchurch 8143. Their process is similar to the above.

If a resolution cannot be reached or you are not satisfied with the way we propose to do so, you can contact our Disputes Resolution Scheme, The Insurance and Financial Services Ombudsman (IFSO).

The IFSO provide a free, independent dispute resolution service that may help investigate or resolve your complaint if we haven’t been able to resolve your complaint to your satisfaction. You can contact them here PO Box 10-845 Wellington 6143, on 0800 888 202, email info@ifso.nz or their website www.ifso.nz